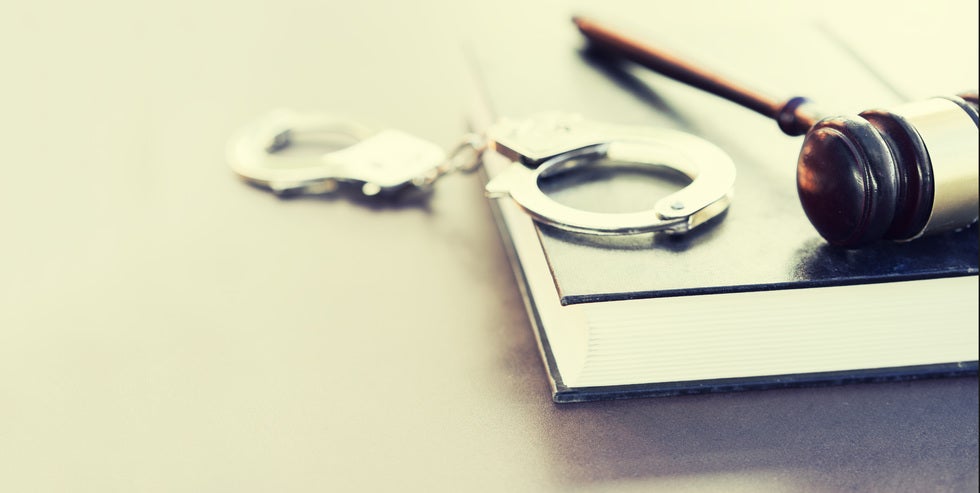 Securing the counsel and representation of an experienced trial advocate can mean to difference between innocence and guilt.  A criminal conviction has the potential to derail one's life, liberty and happiness.  A conviction may not only result in jail or prison, but also a criminal record that that preclude future employment, educational, housing and financial opportunities on top of fines and other restrictions.

No matter what type of criminal charge you face, you are entitled to certain legal protections. Unfortunately, you cannot take advantage of those protections without a strong attorney advocating on your behalf. I have spent more than two decades protecting the rights of my clients. Since 1993, my firm has helped defendants throughout Central New York obtain justice. Whether you have been arrested in connection with a serious felony or seek assistance with an alleged traffic violation, I have the knowledge and background to develop and execute a successful defense strategy.

For many first-time offenders, the criminal justice system can be intimidating and daunting to navigate without experienced counsel. Most of us can remember a simple mistake or isolated lapse in judgment. An otherwise isolated incident can have profound effects on one's employment, professional licensing, school, financial aid or standing in the community.  Our firm has the knowledge, experience and ability to advocate on your behalf to ensure that your rights are protected, your future secured and the livelihood maintained.

This overview of the criminal procedure process is provided to help clients, families and loved ones to understand what to expect as a proceeds through New York's legal system.

Arrests frequently happen near in space and time to the scene of the alleged crime. However, arrests may sometime arrive later, after either a phone call or a visit from a detective who may desire to speak with a suspect.  We recommend that if our clients are contacted by any investigator or placed under arrest that our clients politely decline to answer questions, invoke their Fifth Amendment right to remain silent and direct questions to our firm's attention.

After an arrest, the defendant will be fingerprinted, photographed, and checked for warrants. The district attorney or the officer may determine what. While being held, the defendant will be interviewed by a representative from Pre-Trial Services and asked questions about his/her address, the name and address of his/her employer, whether he/she is on parole or probation, and the name and telephone number of a person who can verify this information. Pre-Trial Services then makes a recommendation to the court at arraignment as to whether the defendant should be released or whether bail should be set.

An arraignment occurs when a defendant is brought before the Court for the first time. He is advised of the charges against the Defendant who is asked to plead "guilty" or "not guilty." Defendants are frequently arraigned within 24 hours from the time of arrest. The most important decision the judge will make at arraignment is whether to set bail or to release the defendant without bail. Before making this decision, the Court will consider the defendant's criminal history, the seriousness of the charges, the defendant's ties to the community, and any bench warrant history (a defendant's failure to return to court in a prior case) in making this decision. Ideally, the defendant should be represented by an attorney at arraignment or as soon as possible thereafter. When present at arraignment, an experienced defense attorney may argue to reduce, or possibly eliminate, bail.

In cases where harassment or physical violence is alleged, the court will usually issue an order of protection which restricts or prohibits contact between the defendant and the alleged victim. It is very important for defendants to obey the order of protection, otherwise additional charges, including felony criminal contempt, can be filed for violating the court order.

In New York the issue of bail is governed by Criminal Procedure Law Section 510.30 and frequently addressed at arraignment. At the bail hearing the issue of bail is argued; it is  The judge must look at several factors regarding the defendant and the case. Those factors included the following:

(i) the defendant's character, reputation, habits and mental condition;

(iii) family ties and length of residency, if any, in the community;

(iv) criminal record, if any;

(v) any record of juvenile adjudications;

(vi) previous ability to show up to court in prior cases;

(vii) whether it is a domestic violence case (special rules apply);

(viii) the strength of the case (or appeal); and

(ix) the amount of jail time the person is facing if convicted.

At the bail hearing, it is common to hear both the prosecutor and the defense attorney make arguments with regard to these nine factors. After hearing the arguments, the judge determines the amount of bail that is required to ensure the defendant shows up to court. Then the defendant is incarcerated until someone posts bail. Once bail is posted, the defendant is let out. Once the case is over, the bail is exonerated (given back). However, if the defendant fails to show up to court, the bail is forfeited (taken by the court and never returned).

In really serious cases with the possibility of a life sentence (such as with a murder charge), a judge is likely to determine that no amount of bail can secure the defendant's presence. In this case, the defendant is "remanded." This means that the judge is ordering the defendant be held in custody until the case is over.

It is absolutely critical to be represented by an experienced criminal defense attorney if you or a loved one has an upcoming arraignment. It could make the difference between being in jail while the case plays out or being free and more able to help in your defense.

Should the preliminary hearing not be held within the 120 hour period, the defense counsel may motion the Court for the defendant's release from pre-trial confinement. If the a town or village Court denies the motion, defense counsel can make a similar motion before a county court judge. The purpose of a preliminary hearing is to determine whether the evidence against the defendant is sufficient to warrant detention pending action by the grand jury. If the Court finds that there is reasonable cause to believe that the defendant committed a felony, incarceration is not mandatory.  As an alternative, the Court may set bail, or direct other pre-trial restraints or release the Defendant on his or her own recognizance.  If the prosecution indicts a felony case within the 120-hour time limit for the preliminary hearing, then the defendant will loose the right to the preliminary hearing.  The goal of a preliminary hearing is very broad.  As such, Courts will usually allow wide latitude when it comes to the scope of questions proposed to the witnesses called to present testimony to the Court.  A defense attorney may ask probing questions to examine the weaknesses of the prosecution's case and cross-examine key witnesses like an arresting officer to provide the defense with an early opportunity to have a witness commit to their testimony to preclude later deviations in the witnesses' testimony at trial.

If you, a loved one or a friend is charged with a felony and are pending a preliminary hearing, contact our office for a consultation.

Under NY State Law, defendants and their attorneys are entitled to particular information and evidence related to their case. Discovery includes any statements made by the defendant, photographs or drawings, an inspection of property taken from the defendant, tapes which the prosecutor intends to introduce at trial, evidence linking someone else to the crime (Brady material), police complaint forms, the officer's memo book, witness statements and many other forms of police and district attorney paperwork. All of these are required to be turned over to the defense attorney prior to motions.

Within 45 days of the arraignment, the defense attorney must file motions regarding any pre-trial issues including dismissal, suppression of statements or physical evidence, or any other matters that should be addressed by the court before trial. Statements may be suppressed if they were made while the defendant was in custody and interrogated without having been read his/her Miranda rights, or if he/she requested an attorney prior to making the statements. An identification can be suppressed if the identification procedure was unduly suggestive; an identification can include a line-up, show-up, or photo array. Physical evidence (guns, drugs, cash, blood, etc.) can be suppressed if the search and seizure of the items was improper. A motion may also be made to exclude mention of prior convictions or bad acts during the trial.

A trial is a complex and precise undertaking. If you decide to take your case to trial, you MUST have an experienced criminal trial attorney. You cannot afford any rookie mistakes at trial - it will likely cost you your freedom. You must have a trial attorney who has the ability to challenge the prosecution on their knowledge of the rules of evidence, on NYS Criminal Procedure, and ultimately require them to prove that you are guilty beyond a reasonable doubt.

Sentencing can be one of the most important parts of the criminal process, as it determines the actual penalty the defendant will receive. In some cases the sentence will be predetermined as part of a plea deal; otherwise sentencing is entirely up to the judge. In either case, New York State Law requires a pre-sentence investigation (“PSI”). A PSI is a report about the defendant describing their background, the circumstances surrounding the crime, and a recommended sentence. At sentencing an experienced defense attorney will work to show the defendant in the best possible light and persuade the judge to impose a lighter sentence. A good attorney should correct any mistakes in the PSI and may even do his/her own investigation in order to bring to attention any additional facts and circumstances that may favor the defendant.

Having an experienced criminal defense attorney at sentencing could mean the difference between jail, probation or community service, or in some cases county jail, as opposed to state prison; it can also influence the length of incarceration.

The New York criminal appeals process begins at the end of a trial, if a person is convicted. Generally, upon conviction, a person has the right to one appeal to a higher court (in most cases the Appellate Division, 4th Department). A person who loses this first appeal may request that the New York Court of Appeals (the highest appeals court in New York State) review the case. The Court of Appeals, however, is not required to hear the case. The appeals process requires specialized experience and skills.